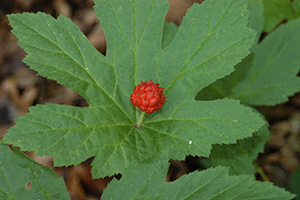 The body metabolizes fuel in two ways by either breaking it down for immediate use as cellular energy (catabolic) or storing the energy through the construction of fats and other cell components such as protein (anabolic).  The body switches between the two pathways based on cellular energy needs and fuel availability.  This switching activity is controlled by the AMP-activated protein kinase (AMPK) system.

For example, in response to a reduction in cellular energy such as caused by muscle contraction during exercise or work, AMPK switches off very efficient processes that store excess energy such as fatty acid, triglyceride, and cholesterol synthesis.   Simultaneously, destructive pathways such as fatty acid oxidation and glucose breakdown are switched on so the body begins drawing on stored energy to meet the additional energy needs. The AMPK system is thought to be partly responsible for the health benefits of exercise and is the target for the antidiabetic drug metformin.

AMPK can also be activated by other cellular processes and external stimuli including berberine, one of the active alkaloids in goldenseal.  In 2004 a group of Chinese researchers observed that berberine had cholesterol lowering effects similar to statin drugs but worked through a different pathway which avoided the adverse side effects seen with statin use (Kong, 2004).  A couple of years later, one of those researchers, Dr. Jingwen Liu, came to the US and continued her berberine studies at the VA Medical Facility in Palo Alto, CA.

In 2006, Dr. Liu’s group published a report indicating that goldenseal was a natural LDL-lowering agent with multiple bioactive compounds besides berberine acting through entirely new pathways (Abidi, 2006).  In fact, the group reported that, on weight to weight basis, raw goldenseal root was more active than an equivalent quantity of pure, isolated berberine.

At about the same time a group of researchers for GlaxoSmithCline in France reported that in addition to LDLr mRNA stabilization berberine inhibited cholesterol and triglyceride synthesis in a manner similar to a known AMPK activator (Brusq, 2006).  Treatment of hyperlipidemic hamsters with berberine decreased plasma LDL cholesterol and strongly reduced fat storage in the liver. The report concluded that, in addition to upregulating the LDLR, berberine inhibits lipid synthesis in human liver cells through the activation of AMPK.

Berberine dose-dependently inhibited respiration in L6 myotubes and muscle mitochondria, through a specific effect on respiratory complex I, similar to that observed with metformin and rosiglitazone.  In addition, activation of AMPK by berberine did not rely on the activity of either LKB1 or CAMKKbeta, consistent with major regulation at the level of the AMPK phosphatase (Turner, 2008).

The Kong group had previously identified berberine as a novel cholesterol-lowering drug acting through stabilization of the low-density lipoprotein receptor (LDLR) messenger RNA. Because the mechanism differs from that of statins, the group decided to examine the lipid-lowering activity of berberine in combination with statins. The results indicated that combination of BBR with simvastatin (SIMVA) increased the LDLR gene expression to a level significantly higher than that in monotherapies.

In the treatment of food-induced hyperlipidemic rats, combination of berberine (90 mg/[kg d], oral) with SIMVA (6 mg/[kg d], oral) reduced serum LDL cholesterol by 46.2%, which was more effective than that of the SIMVA (28.3%) or berberine (26.8%) monotherapy (P < .01 for both) and similar to that of SIMVA at 12 mg/(kg d) (43.4%). More effective reduction of serum triglyceride was also achieved with the combination as compared with either monotherapy. Combination of berberine with SIMVA up-regulated the LDLR messenger RNA in rat livers to a level about 1.6-fold higher than the monotherapies did. Significant reduction of liver fat storage and improved liver histology were found after the combination therapy.

The therapeutic efficacy of the combination was then evaluated in 63 hypercholesterolemic patients. As compared with monotherapies, the combination showed an improved lipid-lowering effect with 31.8% reduction of serum LDL cholesterol (P < .05 vs berberine alone, P < .01 vs SIMVA alone). Similar efficacies were observed in the reduction of total cholesterol as well as triglyceride in the patients. Overall, the results display the rationale, effectiveness, and safety of the combination therapy for hyperlipidemia using berberine and SIMVA. It could be a new regimen for hypercholesterolemia (Kong, 2008).

Berberine was shown to improve lipid dysregulation and fatty liver in obese mice through both central and peripheral actions. In obese db/db and ob/ob mice, Berberine treatment reduced liver weight, hepatic and plasma triglyceride, and cholesterol contents. In the liver and muscle of db/db mice, berberine promoted AMPK activity and fatty acid oxidation and changed expression of genes involved in lipid metabolism (Kim, 2009)

Berberine protects against endothelial injury and enhances the endothelium-dependent vasodilatation, which is mediated in part through activation of the AMPK signalling cascade. Berberine or its derivatives may be useful for the treatment and/or prevention of endothelial dysfunction associated with diabetes and cardiovascular disease (Wang, 2009).

Chen (2010) reported that berberine mimics insulin action by increasing glucose uptake ability by 3T3-L1 adipocytes and L6 myocytes in an insulin-independent manner, inhibiting phosphatase activity of protein tyrosine phosphatase 1B (PTP1B), and increasing phosphorylation of IR, IRS1 and Akt in 3T3-L1 adipocytes. In diabetic mice, berberine lowers hyperglycemia and improves impaired glucose tolerance, but does not increase insulin release and synthesis. The results suggest that berberine represents a different class of anti-hyperglycemic agents.

This intracellular calcium increase stimulates the migration and exocytosis of the insulin granules. In glucose-consuming tissues, such as adipose, or liver or muscle cells, berberine affects both GLUT-4 and retinol-binding protein-4 in favor of glucose uptake into cells; stimulates glycolysis by AMPK activation; and has effects on the peroxisome proliferator-activated receptor γ molecular targets and on the phosphorylation of insulin receptor substrate-1, finally resulting in decreased insulin resistance.

Moreover, recent studies suggest that berberine could have a direct action on carbohydrate metabolism in the intestine. The antidiabetic and insulin-sensitizing effect of berberine has also been confirmed in a few relatively small, short-term clinical trials. The tolerability is high for low dosages. (Cicero, 2012).

*These statements have not been evaluated by the Food and Drug Administration.  Neither are the statements intended diagnose, treat, cure, prevent, or mitigate any disease.